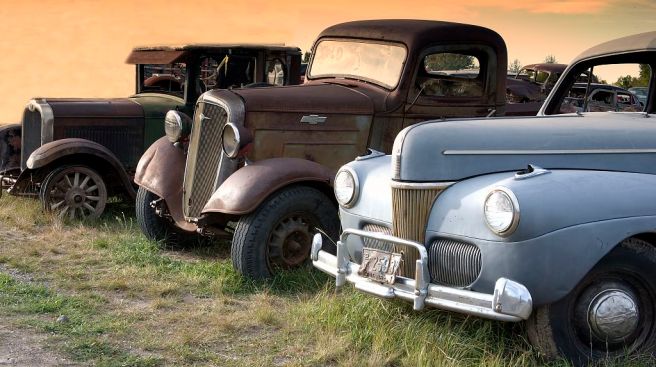 Yes. Many great works of art and literature are in the public domain, and there are no restrictions on people using them for free or profiting from them. Just as publishers can sell books containing the works of Shakespeare, companies can sell t-shirts or posters with public domain images on them, and stock photo companies and marketing firms can charge money for their work in collecting and making available public domain images.

In July 2016, photographer Carol M. Highsmith filed a lawsuit against Getty Images and others. Highsmith had released a large collection of her photographs of American life into the public domain, and Getty Images had licensed Highsmith’s public domain photographs to customers as part of their collection of stock photographs. Highsmith was alerted to this situation when she received a letter (Exhibit A of her Complaint) from License Compliance Services on behalf of Getty-affiliated Alamy claiming that Highsmith was infringing copyright by displaying her own photograph on her own website, and demanding payment. Highsmith alleged that Getty had violated the Digital Millennium Copyright Act, but the judge dismissed Highsmith’s lawsuit on the federal claims, apparently agreeing with Getty’s defense that because the photographs were in the public domain, infringement was not possible.

While profiting from public domain images is permitted, individuals or companies should not falsely claim that they own the copyright in a public domain image. Once a work is released into the public domain, it has no copyright. Unfortunately, these false claims, known as copyfraud, have proliferated.

12 thoughts on “Is profiting from public domain images allowed?”